This week we see the likes of Bitcoin (BTC), IOTA, Cardano (ADA), Safemoon and Solana (SOL) drawing the attention of SSB as SOL price soars above $200.

Bitcoin is the biggest cryptocurrency by market cap. The digital asset reached a new milestone this month after El Salvador accepted it as a legal tender. SatoshiBets members are bullish on bitcoin. Many bulls see the digital currency rising to $100,000 which would mean it more than doubling from these levels. Bitcoin has a 52-week trading range of $10,140.84-$64,863.10. It currently trades 28% below the all-time highs.

Looking at the technicals, bitcoin trades above the 50-day, 100-say, and 200-day SMA (simple moving average) but have fallen below the 10-day, 20-day, and 30-day SMA. While its 14-day RSI (relative strength index) is a neutral indicator, the MACD (moving average convergence divergence) gives a sell signal. 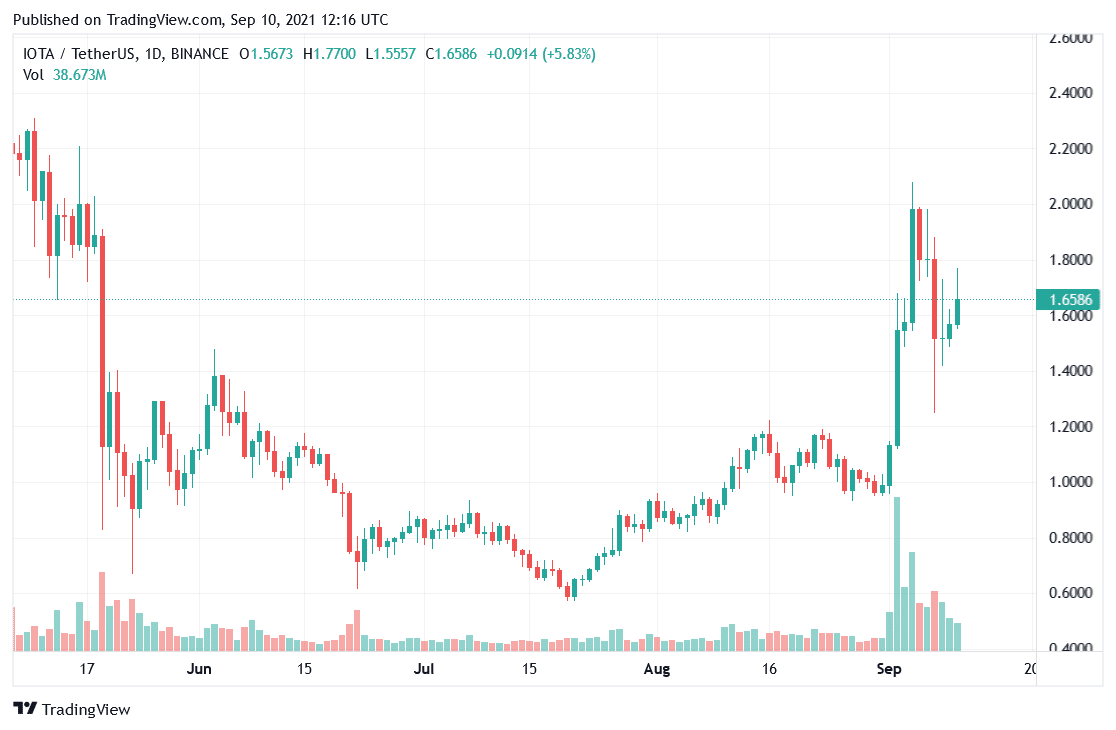 IOTA is looking bullish on the charts also and trades above all key moving averages. Its 14-day RSI is a neutral indicator while the MACD gives a buy signal.

Cardano has been the hottest cryptocurrency over the last month and is now the third-largest cryptocurrency by market cap. It has been rising amid optimism over its Alonzo upgrade also there has been strong technical bullishness in Cardano. It has a market cap of almost $80 billion and has a 52-week trading range of $0.07589-$3.10. It currently trades 20% below the 52-week highs. 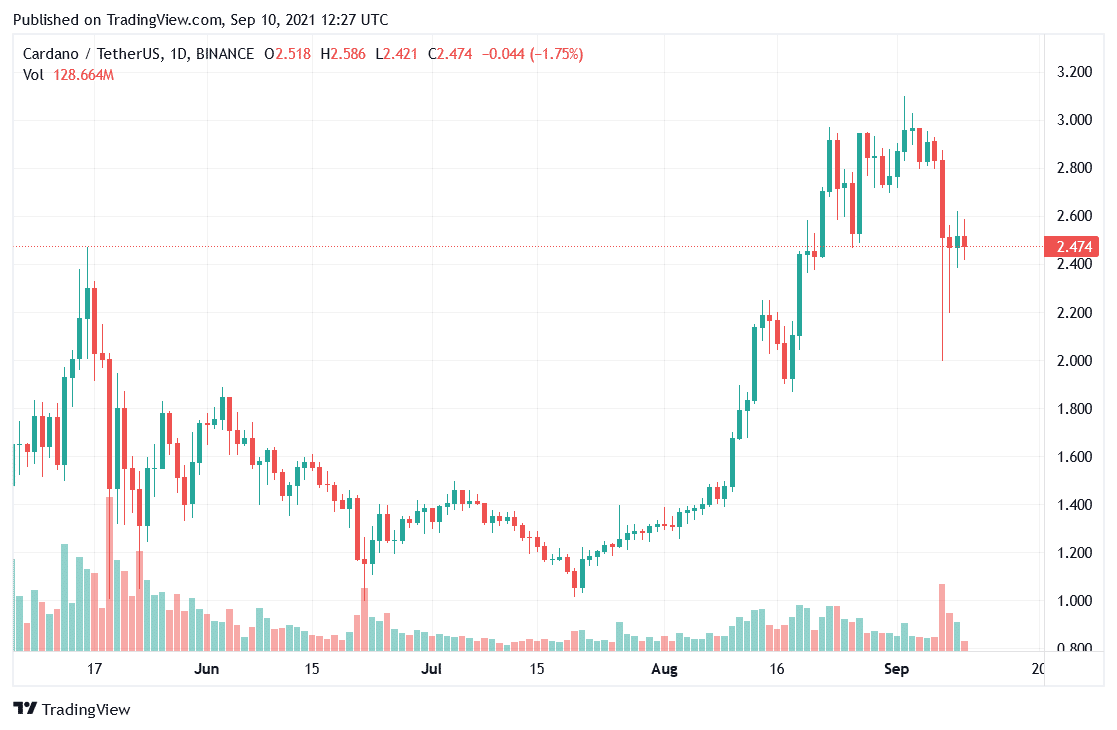 Looking at the charts, Cardano is looking mixed. While it trades above the long-term moving averages including 50-day, 100-day, and 200-day SMA, it has fallen below the 10-day, 20-day, and 30-day SMA after the recent fall. The cryptocurrency is looking neutral on the RSI but the MACD gives a sell signal. That said, looking at the upcoming upgrade, ADA looks among the best cryptocurrency that’s also loved by Reddit group SatoshiBets.

While Safemoon is another popular cryptocurrency on SatoshiBets, it is not looking very nice on the charts. It has tumbled 21% over the last 24 months and its market cap is below $1 billion. The cryptocurrency trades at a discount of almost 90% to its all-time high of $0.00001399 that it had hit in April.

Safemoon has been a new entrant to the cryptocurrency market. However, looking at the weak technicals, it does not currently look a good bet even as some SatoshiBets members look bullish on this cryptocurrency.

Solana has been another cryptocurrency that has surged over the last month. Its market cap has surged to $54 billion which makes it the sixth-largest cryptocurrency by market cap. It made an all-time high of $214.96 yesterday but has since come off the highs. 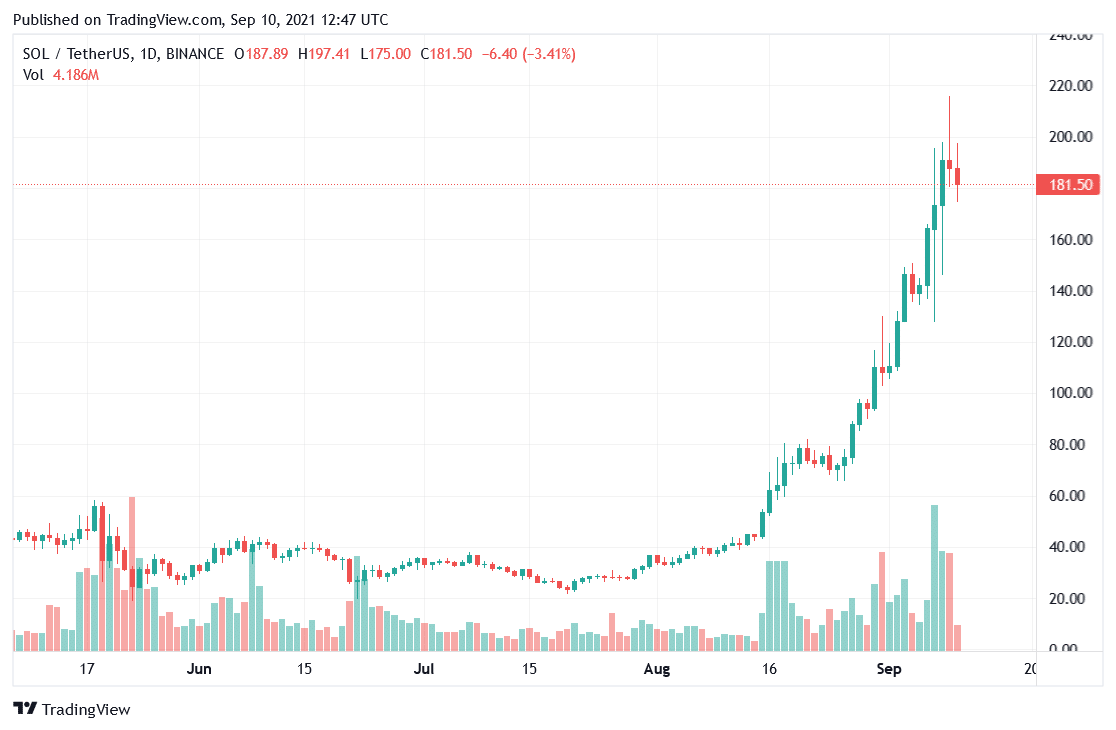 Meanwhile, JPMorgan has issued a note cautioning on the recent rise in Solana. “The August rally in non-fungible tokens and the pickup in decentralized finance activity have helped not only ethereum but also alternative cryptocurrencies that facilitate or plan to facilitate smart contracts, such as solana, binance coin and cardano,” said JPMorgan managing director Nikolaos Panigirtzoglou in his note.

Mohit Oberoi is a freelance finance writer based in India. He has completed his MBA with finance as majors and also holds a CFA charter. He has over 14 years of experience in financial markets. He has been writing extensively on global markets for the last seven years and has written over 7,500 articles. He covers metals, electric vehicles, asset managers, tech stocks, and other macroeconomic news. He also loves writing on personal finance and topics related to valuation.